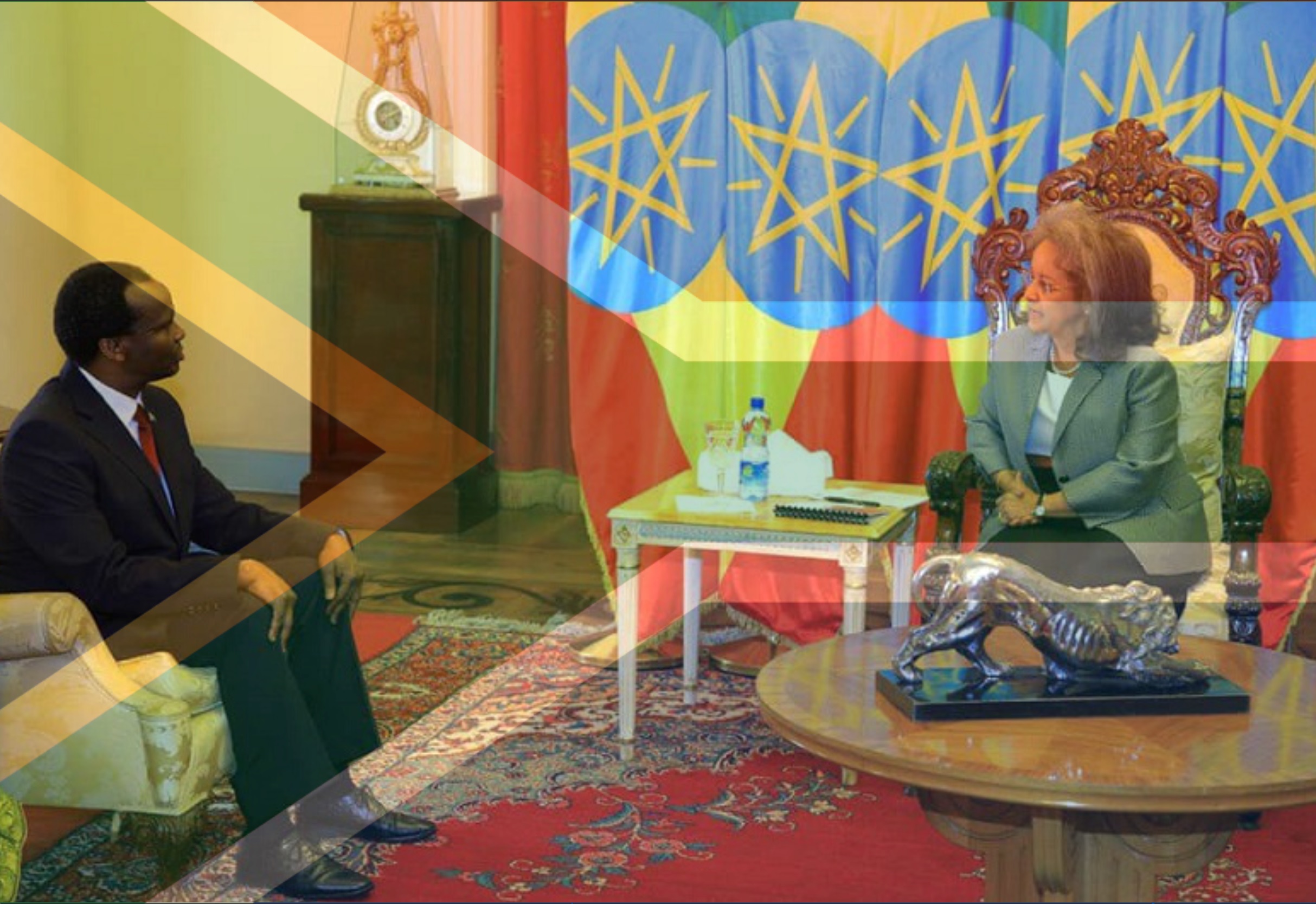 On 15 November 2019, H.E. Ambassador Xolisa Makaya of the Republic of South Africa to the Federal Republic of Ethiopia presented his letters of credence to the President of the Federal Democratic Republic of Ethiopia, H.E. Sahilework Zewdie. During the Occasion, Ambassador Makaya committed to work tirelessly towards strengthening of the bilateral relations between the two countries. The Ambassador further indicated that the economic cooperation will form part of his key areas of focus. Ambassador Makaya also thanked the people of Ethiopia for supporting South Africa during its struggle for liberation. The Ambassador further traced the historic relations between South Africa and Ethiopia to the 1960s when the late former President Nelson Mandela took military training in Ethiopia to liberate South Africa from the then apartheid system.