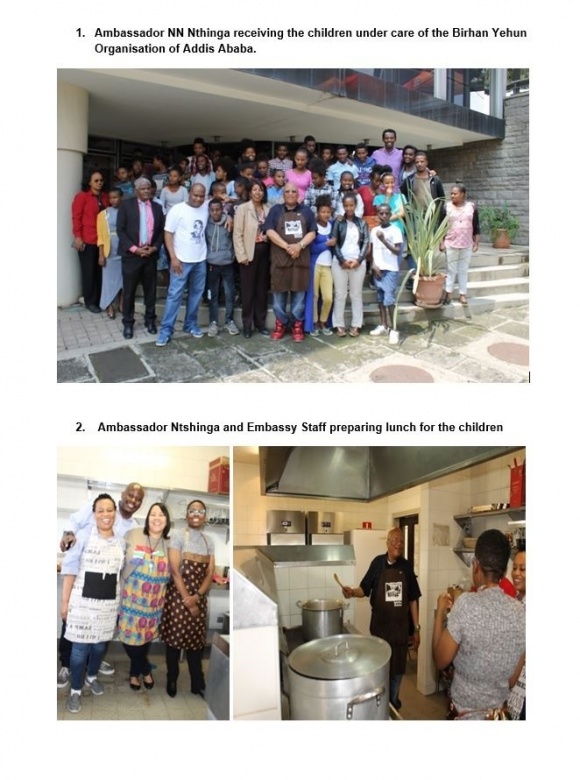 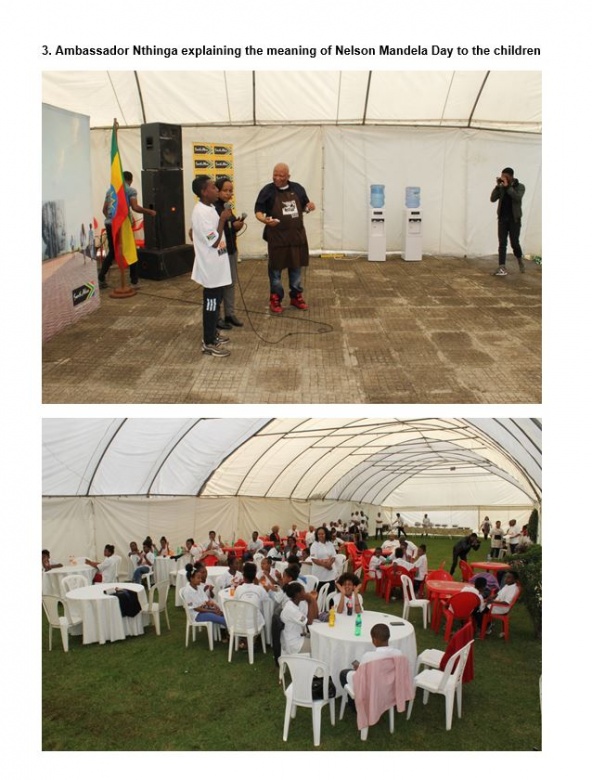 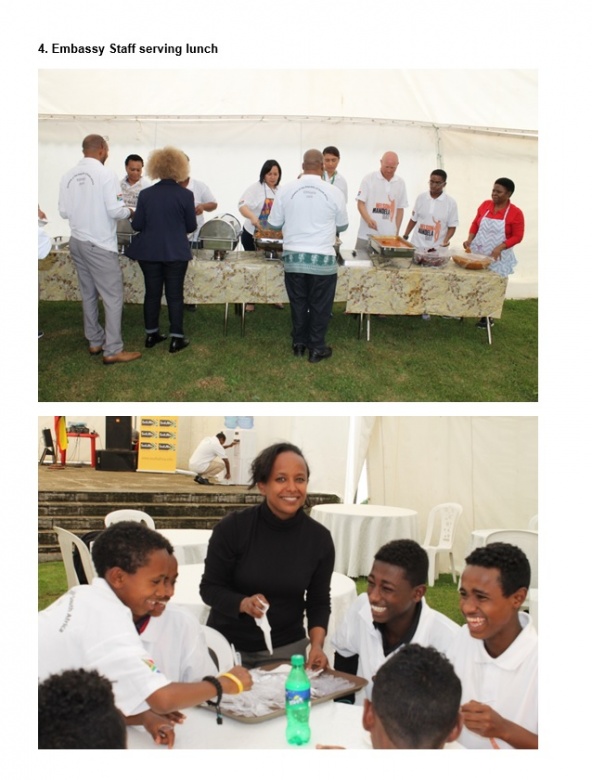 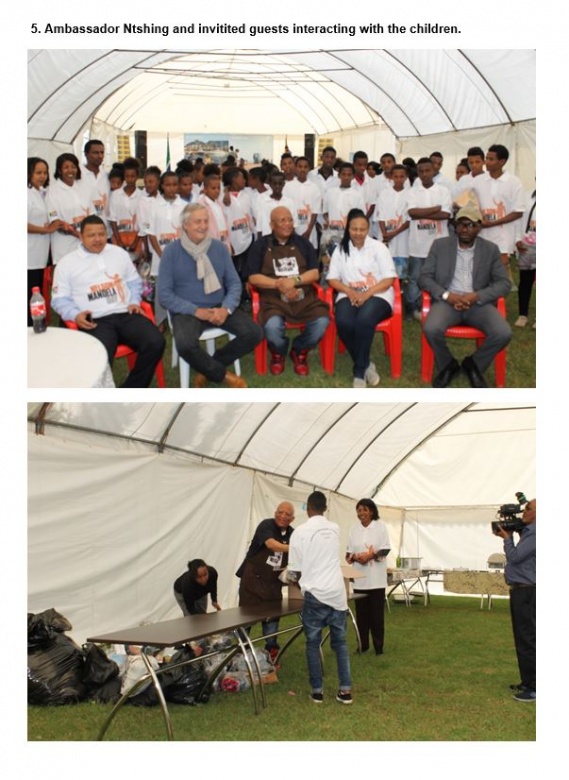 The South African Ambassador to the Federal Democratic Republic of Ethiopia, and Permanent Representative to the African Union Commission and the United Nations Economic Commission for Africa, H.E. Mr Ndumiso Ntshinga, on 18 July 2017, led officials from the Embassy, and South African citizens resident in Addis Ababa, in hosting a group of disadvantaged and vulnerable children aged between 12 and 16 years, under the care of Birhan Yehun Organisation of Addis Ababa, in celebration of the 2017 Nelson Mandela International Day. Embassy Staff and South African volunteers of contributed from their personal resources to host a luncheon and to provide much needed supplies to the children. Contribution was also received from members of the Embassies of Namibia and Tanzania in Addis Ababa, while the Embassy of Mozambique sent a volunteer to assist. The occasion would also not have been possible without the role played by the South African Embassy Social Club which has been in existence for more than two years.  The social club raises funds from its members through various events in order to contribute to charitable causes. In deciding on these children, the Embassy was assisted by a community based organisation which provided a shortlist of three organisations with a direct uplifting impact to society particularly children. Out of the three, the chosen Birhun Yehun Organisation provides day care support for vulnerable children who are either single or double orphaned, with afterschool assignments, meals in the morning and after school and bathing facilities before they join their families who reside in difficult conditions like plastic shelters around in informal areas and rubbish dumbing areas. For this reason the funds collected were utilized to purchase a supply of hygiene and sanitary materials for 23 girls and clothing and schooling items to all the 39 children.  Each child received also received a pair of shoes, a set of warm clothes and a pair of socks. These items will go a long way in keeping the children warm during the cold temperatures during the rainy season of Addis Ababa.  The staff and volunteers also cooked a warm lunch and served it to the children during the time they spent at the Embassy.